NET is thrilled to announce our 2022 NET/TEN Create + Activate Ensemble! 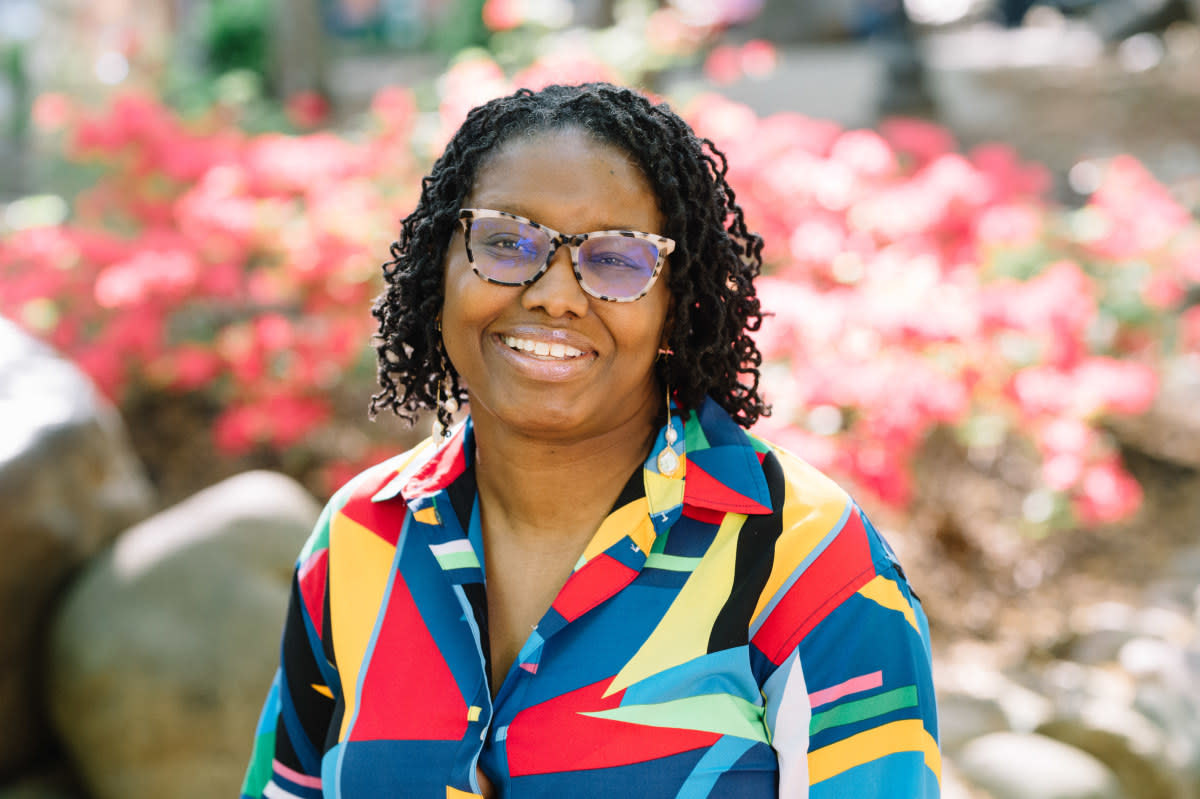 Rhea Carmon from 5th Woman
Rhea "RheaSunshine" Carmon is a poet, teacher, motivational speaker and organizer. She is the director of the annual 5th Woman On Stage, a producer for Carmon Sense Productions, coordinator for the 5th Woman Workshops, Executive Producer for Beyond the Spark, and the Poet Laureate for the city of Knoxville.  Rhea has been honored as the 2017 Artist of Change for Community Shares Tennessee and inducted into the East Tennessee Writers Hall of Fame for poetry.  Rhea uses her personal experiences to create space for conversations around the topics of social justice, mental health, family and self-acceptance.  She believes that healing can be found by speaking our stories out loud.  Each year, Rhea mentors a group of poets through the 5th Woman Fellowship and works to create a stage presentation that tells their stories and provides space for the community to engage in conversations around the intersection of art and healing. 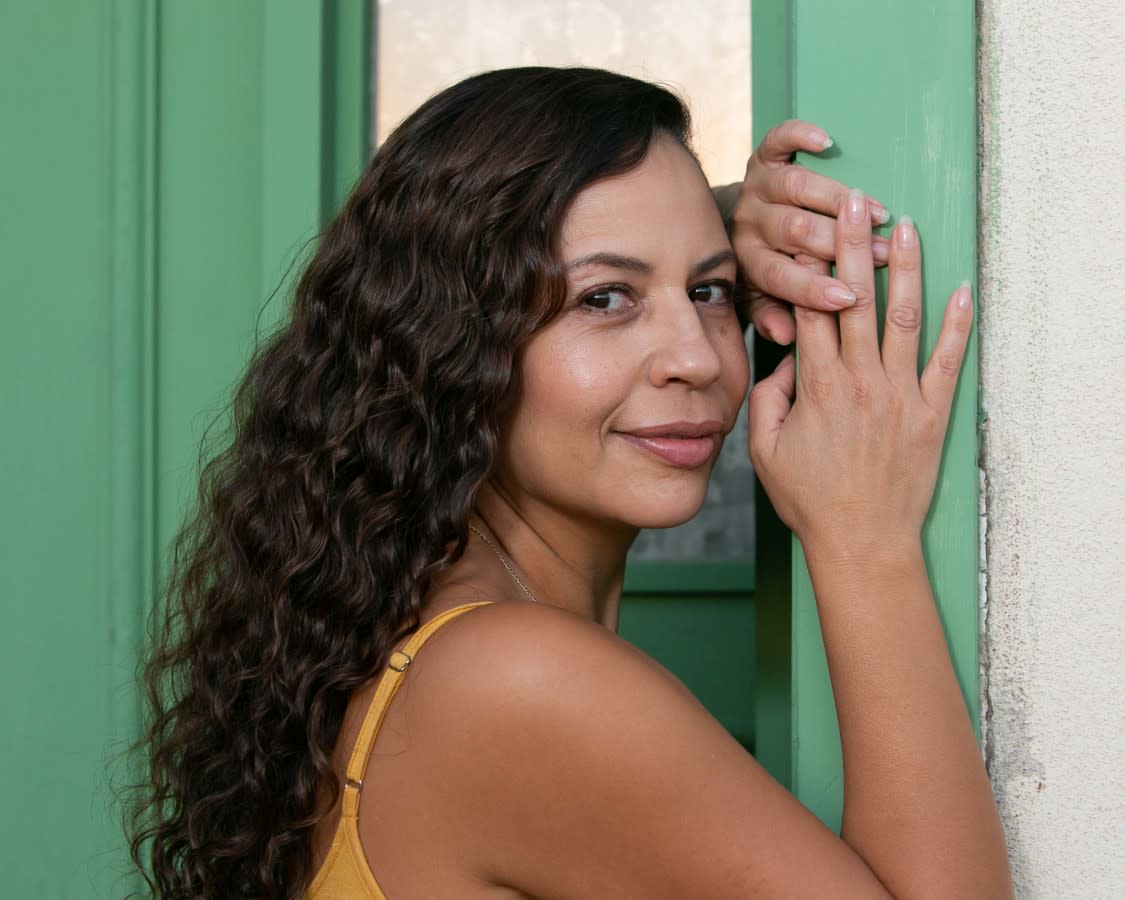 Milta Ortiz from Borderlands Theater
Milta Ortiz is an award-winning playwright, who moonlights as poet, performer, and writer. Originally from the Bay Area by way of El Salvador, she now calls Tucson home. Currently, she is developing Anita, a musical in collaboration with composer Quetzal Guerrero, at Borderlands Theater thanks to NALAC and NET grants. She incubated Anita at ASU HIDA where she was a 2020/2021 Projecting All Voices Mellon fellow. Her play, Pilar and Paloma was part of Launchpad’s 2021 Bipoc Reading Series Festival. Judge Torres, commissioned and produced by Milagro Theatre Group, toured nationally to universities. Milta is Associate Artistic Director at Borderlands Theater, where a few of her plays, including Sanctuary (2018) and Más (2015) have world premiered thanks in part to multiple NEA and NALAC grants. Borderlands’ production of Más toured Arizona universities. Más was produced at Su Teatro, Ubuntu Theatre Project/Laney College, and San Diego State University. She teaches theatre at Pima Community College. She earned an MFA from Northwestern University, and a BA from San Francisco State University.

Milta Ortiz is a Salvadoran American playwright, writer, poet, and performer. An immigrant who grew up in the Bay Area, she now calls Tucson home. Currently, she is developing Anita, a musical in collaboration with composer Quetzal Guerrero, at Borderlands Theater thanks to NALAC and NET grants. She and Quetzal incubated Anita at ASU HIDA where she was a 2020/2021 Projecting All Voices Mellon fellow. Pilar and Paloma was selected for The 2021 Bipoc Reading Series Festival at Launchpad/UC Santa Barbara. Cycles, a commission from StoryWorks Theater and the Arizona Daily Star, virtually premiered in August 2020. Judge Torres, commissioned and produced by Milagro Theatre Group toured nationally to universities in 2019/2020. She devised, wrote and directed Solving for X for the Working Classroom, which premiered in 2017. Milta is associate artistic director at Borderlands Theater, where her plays Sanctuary (2018) and Más (2015), a semi-finalist for the Steinberg-ATCA Award, premiered thanks in part to NEA and NALAC grants. Borderlands’ production of Más toured Arizona universities in the 2015/2016 season. Más was produced at San Diego State University (2018), Su Teatro (2017), and Ubuntu Theatre Project/Laney College (2016). Other produced plays include A Tucson Pastorela (18th-21st annual productions), Sonoran Shadows, Disengaged, Fleeing Blue and solo play Scatter My Red Underwear. She teaches theatre at Pima Community College. She earned an MFA from Northwestern University and a BA from San Francisco State University. 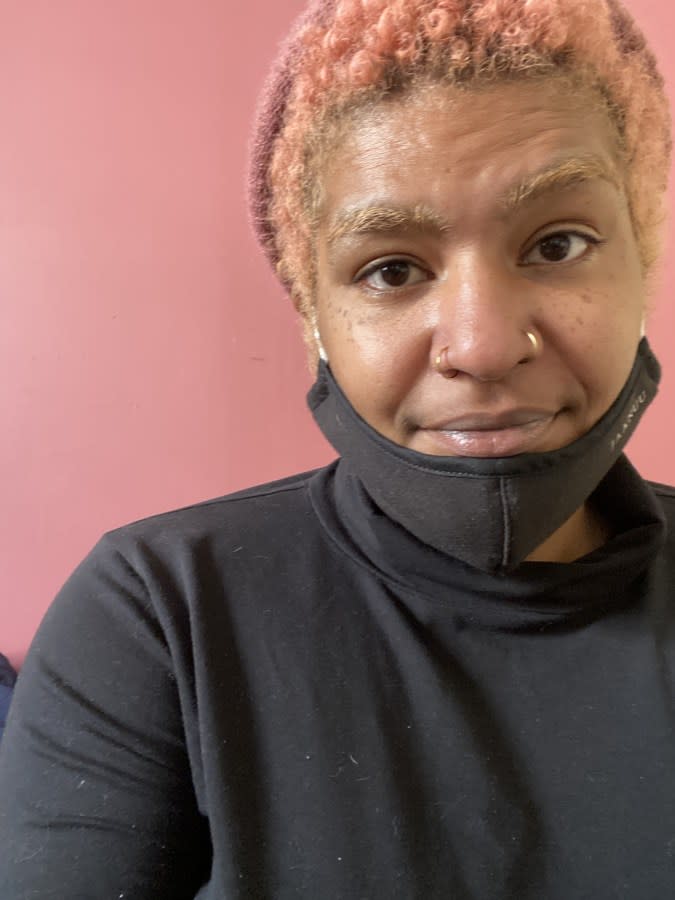 indee mitchell from Last Call
indee mitchell (they/them/theirs, he/him/his) is a New Orleans based performance artist, a radical queer Black feminist and cultural worker interested in creating experimental and community centered work rooted in collective liberation and healing. indee is passionate about the power of storytelling and using stories as seeds to build the world we want to see. They are a co-director Last Call--a LGBTQ oral history and arts collective, as well as LOUD, the New Orleans Queer Youth Theater Ensemble. indee is on the Cultural Organizing Team at Alternate Roots and organizes with the New Orleans Chapter of BYP100. 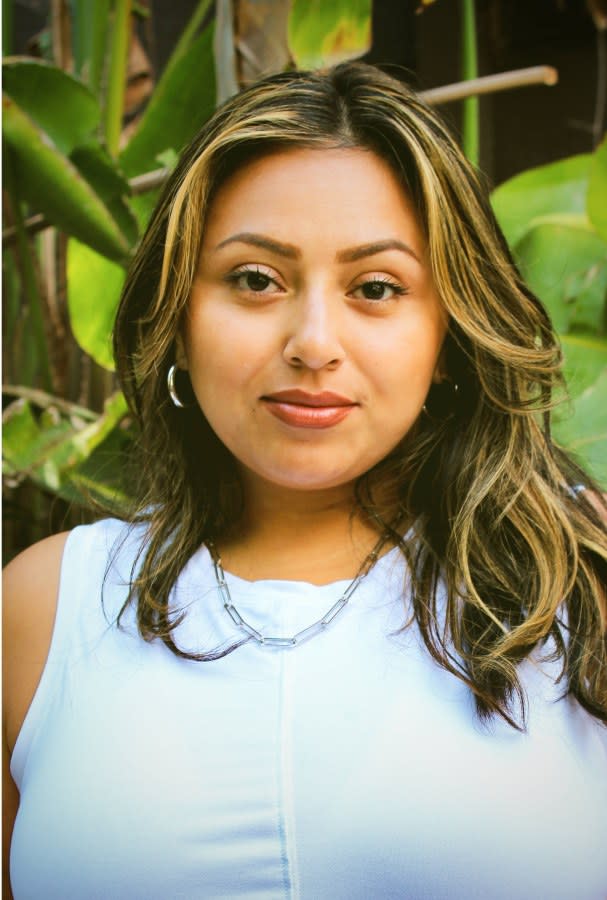 Henu Josephine Tarrant from Safe Harbors NYC
(Rappahannock/Ho-Chunk/Kuna) is a lifetime Native NYC community member. A third generation New Yorker and second generation Jerseyite. All of which has had a huge influence on her very urban experience as a Native woman in the performing arts. She is a graduate of the American Musical & Dramatic Academy’s prestigious Musical Theater Program. She has attended the National Institute for Directing & Ensemble Creation, and the LABrynth Theater Intensive Ensemble. Her most recent works include 100 Years100 Women: Restart Stages (Lincoln Center), Native Theatre: Where Are We Now?(Howlround.com), Misdemeanor Dreams (Abrons Arts, NY), Red Moon Blues (New York Theater Workshop NXT Door, NY) DOGFIGHT (Second Stage Theater, NY), Ajijaak On TurtleIsland (The New Victory Theater, NY) , & Don't Feed TheIndians-ADivine Comedy Pageant (La MaMa E.T.C, NY) with Safe Harbors NYC. She also was a featured vocalist on the soundtrack of Dawnland (Composed by Jennifer Kriesberg). She is currently focused on serving as the interim Managing Director of Safe Harbors NYC, continuing to workshop her one-person show Red Moon Blues, and finishing her first EP SERPENT in 2022. 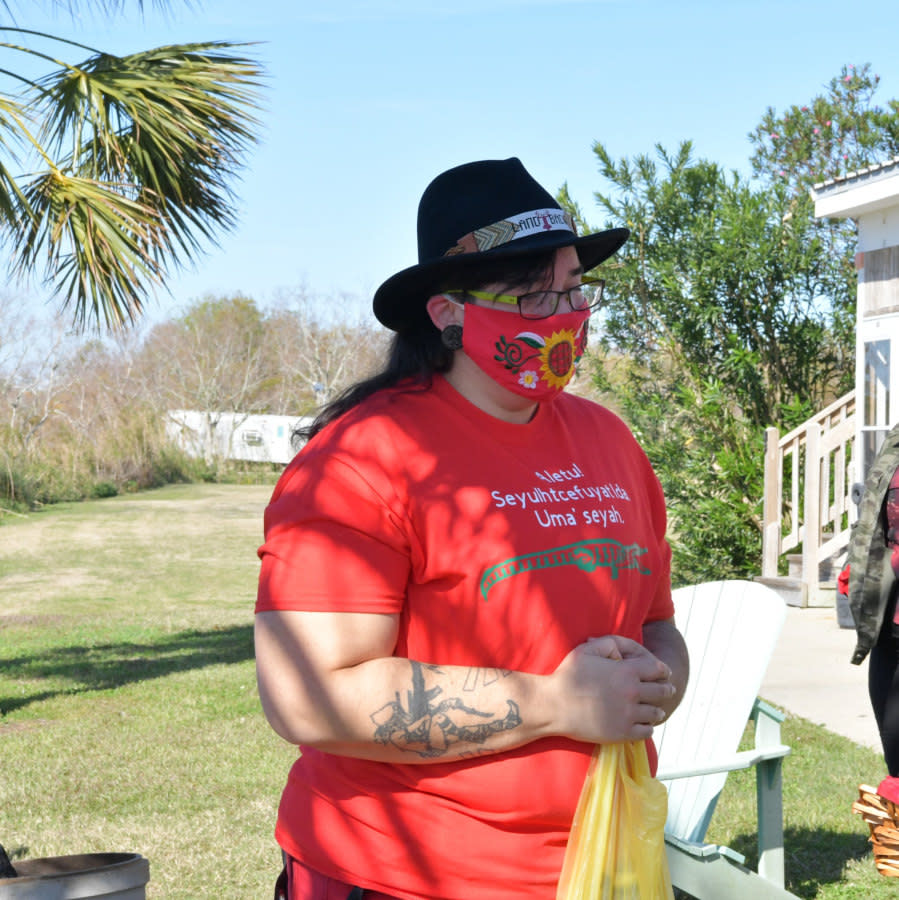 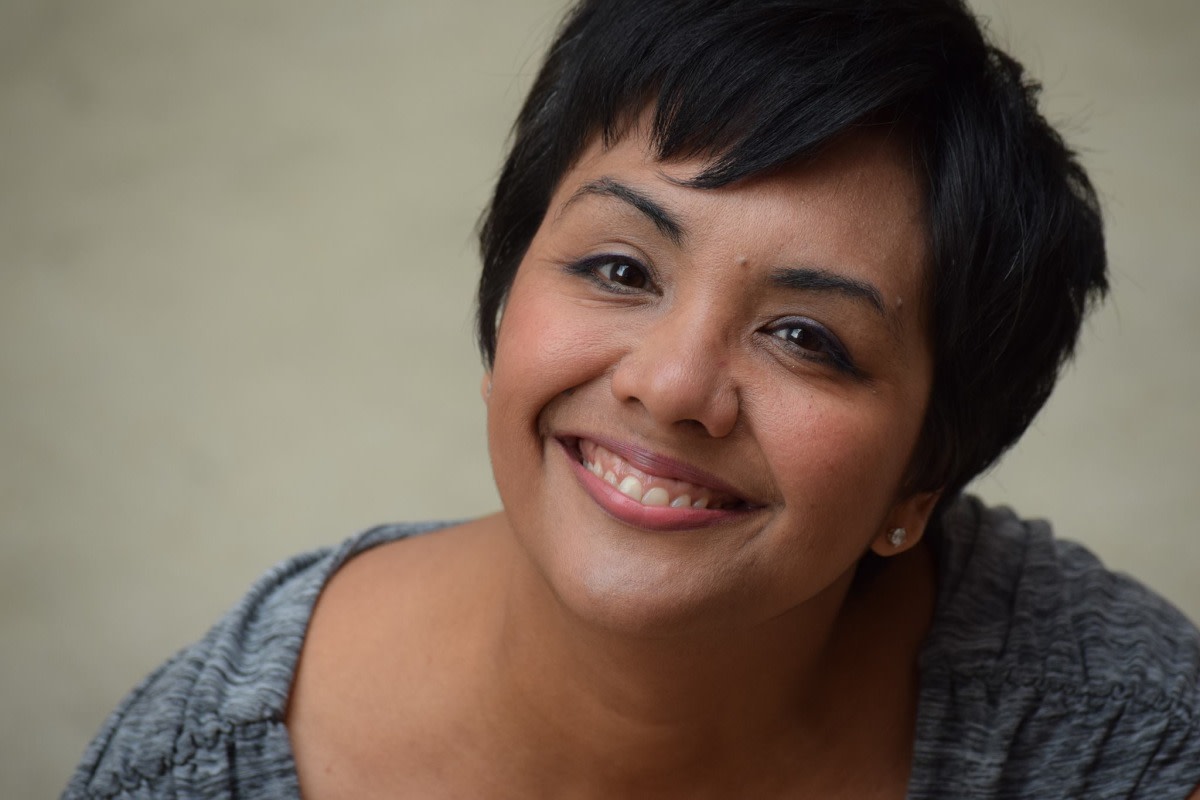 Tara Cariaso
Tara is a Filipina-American, Baltimore-based theatre educator with an emphasis in physical theatre practice, mask maker, and founder of Waxing Moon Masks Education and Fabrication Company. Tara received her MFA from the Dell’Arte International School of Physical Theatre, her BA from the University of Maryland. She is a collective member of Submersive Productions in Baltimore, and advisory board member for Baltimore's Asian Pacifika Arts Collective (APAC). Formerly the Director of Inclusion and Community and Director of The Dogs of Art political theatre ensemble, Tara is adjunct/part time faculty at the University of Maryland Baltimore County (UMBC), and Pig Iron school of Physical Theatre in Philadelphia. She has ongoing work with non-profit B4 Youth Theatre, using masks for social justice play-making in Liberia, West Africa, and is presently in an exclusive collaboration with Faction of Fools (DC),imagining an anti-oppressive Commedia Dell'Arte framework and character creation for a new generation of players. 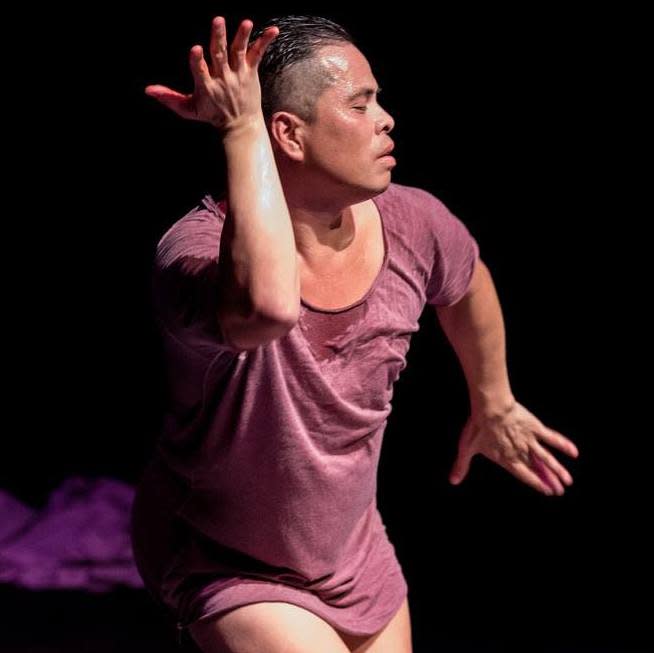 Dr. Leonard Cruz
Dr. Leonard Cruz (PhD in Urban Education with a focus on the Performing and Creative Arts) was born in Pampanga, the Philippines and raised in San Antonio, Texas. He received a Bachelor of Arts and Master of Arts Degree in Dance from U.C.L.A., and later obtained his Master of Fine Arts in Performance/Choreography in 2009. His PhD dissertation was on, “Laban Movement Analysis as a Methodology for Promoting Creativity and the Arts Across the Curriculum,” and successfully defended it in 2013. Dr. Cruz is the Founder of, “The Creative, Arts, and Resilience Project Network,” a platform for Black, Indigenous, and People of Color (BIPOC), LGBTQUIA+, and Special Needs/Abilities Artists that support one another through storytelling, healing and empowerment by virtual workshops, webinars, informal showings, and performance. Cruz has taught and lectured at M.I.T, Harvard, Duke University and many other institutions 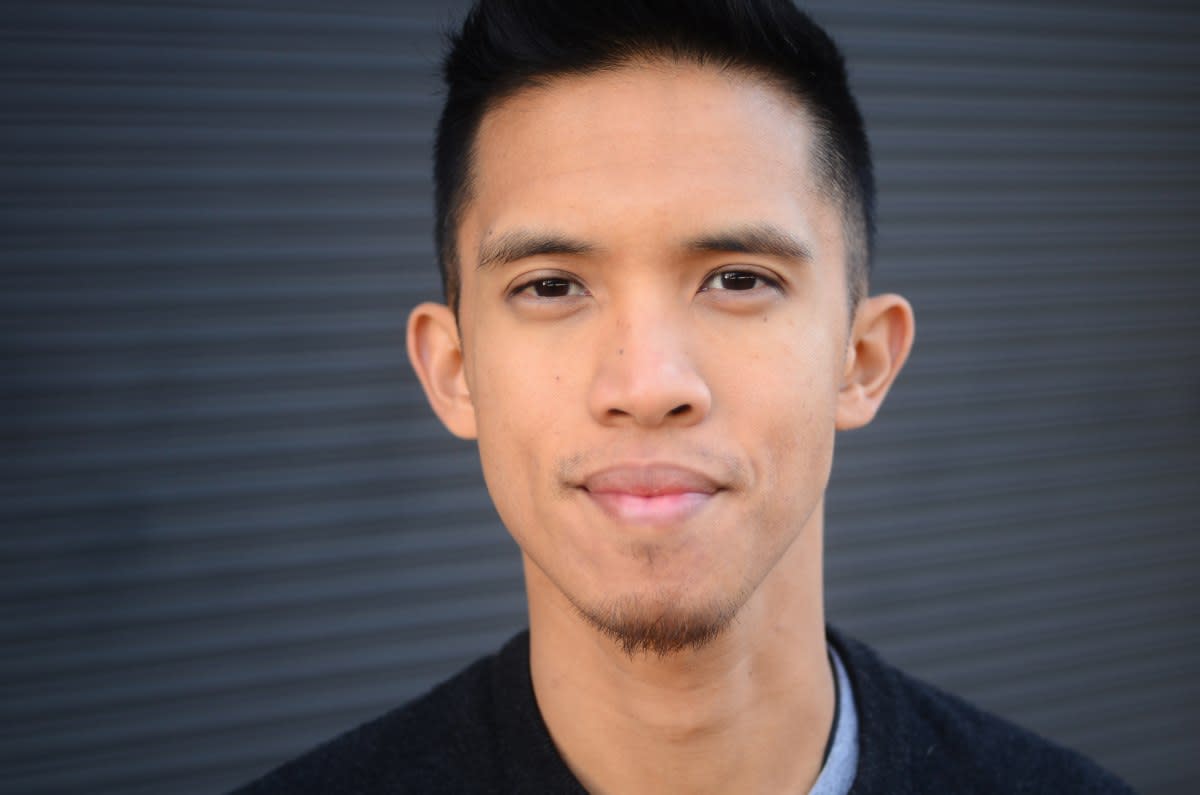 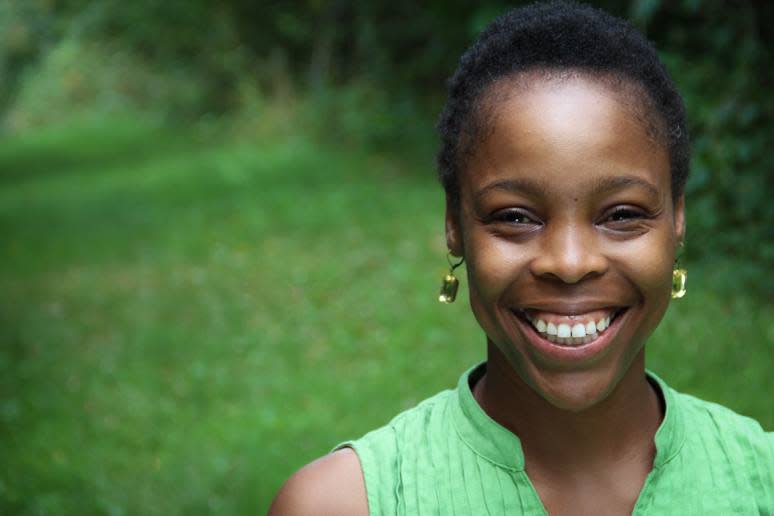 René Goddess Johnson
René Goddess Johnson serves as Founder and Lead Consultant of Embodied Equity (EE), a local Maine-based LLC founded in 2018 as a small company, filling a cultural and activist niche servicing the city, region, and nation. We continue to play a vital leadership role in theater preservation, leadership in the arts, social justice activism, power redistribution, the pursuit of excellence in addressing economic stability, and development resources for the global majority and youth. One of the biggest historic hurdles that exclude black, female lead organizations from directly engaging in and steering the course of the dominant white society is a lack of ownership of property and businesses. EE improves the economic and artistic circumstances of the entire region by demonstrating that ownership is not just the province of people with minimal melanin or a strong economic family background most likely rooted in American slavery. 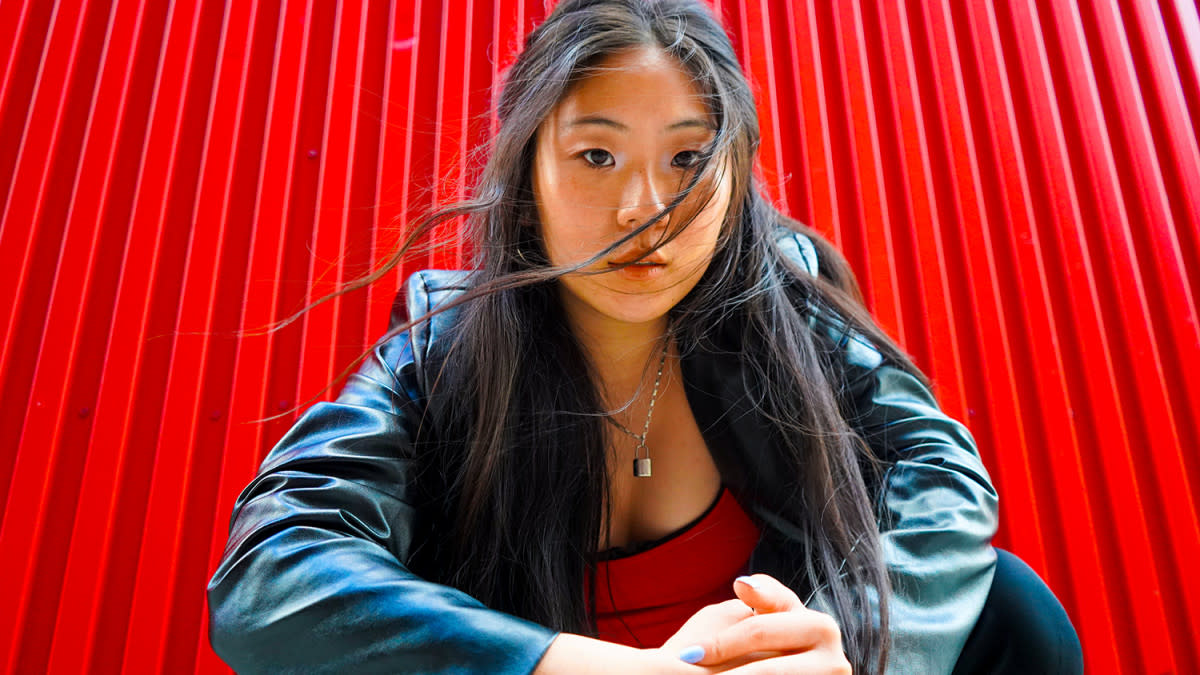 Rose Kim
Rose Kim (she/they) is a 26-year-old 1st gen Korean American theatre artist. They are the founder and producing artistic director of Art Rat Theatre. Rose has been independently producing, directing, performing and independently training for 5+ years. The “independent” has been crucial to their development-- away from these harmful HWI/PWI institutions that cannot teach what she seeks to learn: sustainable structures, genuinely consensual collaborations, working in mutual drive, restorative production, intercultural approaches to performance and process. 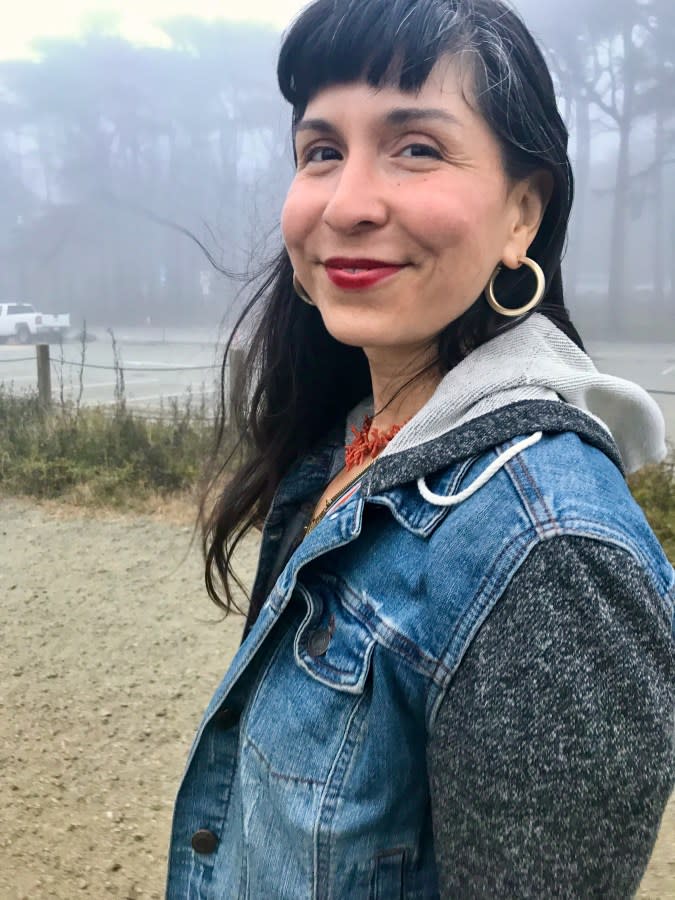 Elizabeth Colon Nelson
I am the daughter of Carmen Gloria Colón who is the daughter of Ana Rosa Martinez, Gonzales. I learned to become my ancestors' understanding of a mother because of my son, Silas Raphael. I am an artist and that shows up in the kitchen, at the sewing machine, in the garden, as a clown, in a crowd or alone. I use my art to gather, make and shake new things, old things, things yet to be imagined. 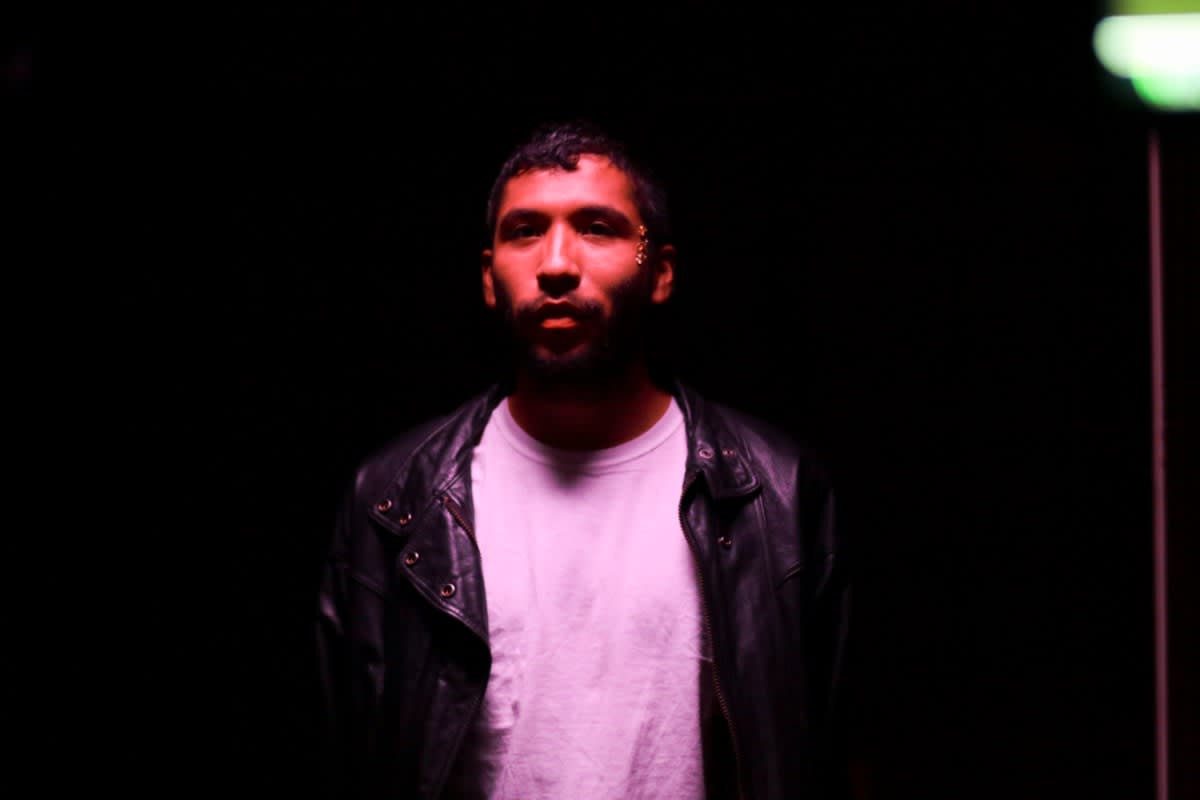 Estrellx Supernova
Estrellx Supernova is a queer, Afro-Indigenous choreographer, performance artist, healer, and Cosmic Energetic Orchestrator of an emergent ecosystem called The Cosmic Angels / The School(s) of Tenderness. Estrellx's pedagogical, curatorial, and choreographic work is international, intergenerational, and cross-disciplinary in scope and seeks to serve BIQTPOC Creatives. Estrellx’s choreographic praxis activates a physicality that centers Qi Energetics, psychosomatic improvisation, and EDGING. They ask, “Are we celebrating or mourning, or both? How do we prepare for that which what has not yet arrived?” Estrellx has been awarded a 2023 Djerassi Residency, a 2020 San Francisco Arts Commission Individual Artist Grant, and a 2020 Creative Capital Award for their long-term project Encuentrx 33: Queer Neurocognitive Architectures Hidden in Plain Site(s). Estrellx self-designed a B.A. in Dance & Performance Studies at Williams College (2014), where they integrated international choreographic training via Tanzfabrik Berlin, and completed an exchange semester at Bennington College.

To follow and learn more about Estrellx and their work, upcoming events and offerings you can find them on IG:
corporealidades.sutiles and via their website.